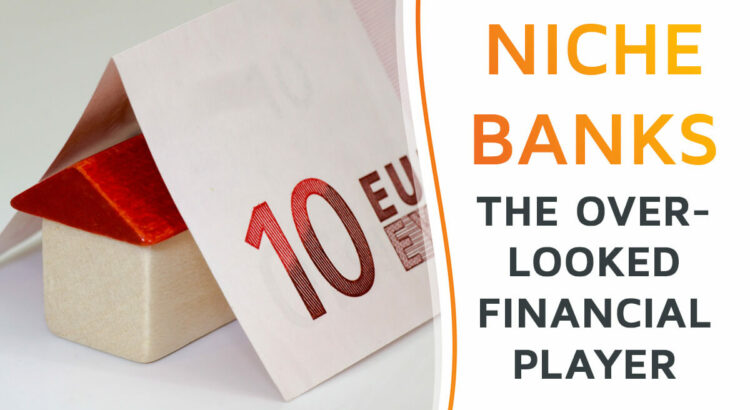 Imagine a bank. Now, what does it look like to you?

We assume that most of you reading this would picture it as a building. Perhaps with a sleek, dark blueish glass front. Perhaps with towering pillars reminiscent of classic empires. Definitely with ATMs and clerks giving out cash, taken from underground vaults.

But let’s be honest here: Nothing of that represents modern banking services. Since the introduction of online banking and smartphones, banking is no longer confined to a physical place such as a bank building. And without the need of such branch offices, offering payment and banking services became an attractive option for companies outside of the traditional banking industry.

In recent years, we have already seen a wave of new players that offer basic banking services. Those new banking players benefit greatly from the web-centric customer habits of today, if they capitalize on them. That’s especially the case with BigTech corporations and platform economy firms, who are pushing into the market.

But aside from these financial giants, there is still room for smaller, more focussed financial institutions. Some cater to the general, tech-savvy customer, others occupy a specific niche that larger financial houses don’t address as purposefully. But what do those niche banks look like and what will be their role in banking in the future?

We start with the basics.

Niche banks are stripped-down banks which cater to very specific markets or customer segments. They often have a cut-down service portfolio accompanied by targeted marketing, both tailored entirely to their customer base.

Yet, niche banks still provide banking in the fullest sense. Most of them offer the basic financial services associated with commercial banks, including checking, payment and lending. Niche bank customers can open saving accounts or obtain certificates of deposit, when the bank in question takes part in a deposit insurance system.

So, for the most part, it’s size and coverage that tells niche banks apart from the dominant, traditional houses.

What’s In A Niche – The Scope of Niche Banking

What exactly constitutes a niche is not set in stone. There are a number of areas a bank could focus on, for example:

Finally, you could also simply add Specific Demand as a final category. Whatever doesn’t fall within the former bullet points will easily fit here. At the end of the day, banks are subject to the dynamics of supply and demand as well. Looking for a specific need not addressed by the larger banking players and concentrating the product portfolio to exactly apply to that opening is really what niche banking is all about.

Mind that such a market opening can be so small it borders on the obscure. Take ethical banks like the Vancity Bank in Canada, for instance, who focus on offering financial products and investment options, which meet strict ethical standards. Or the notorious BowieBanc, not only named after, but founded by rock star David Bowie himself – maybe as an excuse to have his likeness printed on credit cards.

Most niche banks are not nearly as whimsical as Ziggy Stardust’s banking house. In fact, most if not all current internet and mobile-based neo-banks fit the definition of niche banks – at least, they solely cater to the online customer. With digital banking becoming more prevalent among customers of all age groups, this niche is rapidly stretching out of course.

But still, there are many niche banks who have a clearer target group in mind for their services, including:

The Neo, the Niche and the NBFI

Targeting a specific demographic? Aiming to offer services not yet dominated by traditional banks? Focussing on a lean product portfolio?

In the fintech-related press, we see another term for financial players, who often meet this criteria: neo-bank. Neo-banks are small, aspiring banks pushing into market opportunities left out by their larger counterparts. Would it then be a far stretch to say that neo-banks and niche banks are one and the same?

Not at all – if we would go so far to count their focus on online banking as operating in a niche. It’s true that neo-banks aim primarily at the tech-savvy, digital user. Neo-banks don’t maintain brick-and-mortar branches, their entire service interactions with customers take place online. That applies to some niche banks, too, but not for all. (But it is something worth considering for niche banks to improve their scalability).

And taking “digital banking” as its own niche is countered by the developments in the finances sector. In many parts of the world, online and mobile financial services are rapidly entering the mainstream. So neo-banks aim not so much at a defined persona of “customer wanting mobile banking services”, but at “all customers having mobile WiFi access”… and that is the majority of customers in large economies.

Niche banks however are full banks with a limited scope, aiming at a specific customer segment with specific needs. In our examples above, that would be something as simple as “customers, who want their bank to support community projects and act ethically” or “customers, who are fans of David Bowie”. But we can think of other niches like “customers, who want their bank to be environmentally friendly” (as is the case with Green Banks). In any case niche banks are excluding specific customer’s preferences in order to cater to a smaller, but more dedicated market.

The Question of Licensing

Both niche banks and neo-banks operate under a full-banking license. Such a license is provided by authorized banking regulators and is issued by a national banking regulator and gives green light for all banking activities, from cash management and trading to taking deposits form the public and monetary insurance of customer funds. That makes such banks genuine banking institutions.

Yet, some banking companies, of whom we could say they fit well under the niche bank label, don’t have a banking license. Those are the so-called non-banking financial institutions or NBFIs (also: NBFCs). Their field of operations is confined to specific services like investment, contractual savings, lending, funding, risk pooling etc. Typical NBFIs are:

What NBFIs are to niche banks, some fintech companies offering transaction management, payment or specific financial services. They mostly operate with an e-money license, which does not allow them to offer the same range of services that banks do.

If we would want to include NBFIs under the umbrella term niche bank, too – and their deliberately limited scope would allow for it – we would soon arrive at the conclusion that niche banking indeed has a broad scope.

That’s even more true with regards to the digital types of banks which sprang up and established themselves on the online market in recent years. You increasingly hear the term challenger bank. It’s describing a bank which has a full-banking license but concentrates on digital financial products. It is no wonder challenger banks scale quickly: The online sphere has grown beyond the niche it used to be and is now the mainstream. So for banks starting up, it’s more about finding one’s niche in online financial services, than online financial services being the niche to cater to.

And we have not even mentioned another competitor aiming for the same niches: BigTech firms. Banking is no longer something you do solely – it can be one service among many. In fact, banking as such has its historical origins within trading and commerce. Big brands have realized that they already can rely on an extensive customer base. Those customers trust them and accept them as an increasingly present part of their everyday errands. In comparison to start-up banks, they have a much easier time to promote their financial services, offering them on the side (and typically with filled pockets). In a way, that combination of branding, trust and marketing opportunity is not unlike the BowieBanc we discussed above. The difference being, that Google, Amazon or Apple have the condensed genius of top-notch software engineering behind them. Which ensures that their products are actually useful and convenient.

Automotive Banks and the Platform Economy

Multinational Corporates pushing into banking to a niche audience is not something that just started yesterday, though. One driver of on-the-side niche banking has been the automotive industry. In 1926, Ford founded the first automotive bank: The Ford Credit Company in Berlin. Ever since then, automotive banks have been a staple of car manufacturer’s portfolios. In Germany alone, 75% of all newly registered cars are financed by automotive banks nowadays, which amounts to a credit volume of 60 billion Euros in 2019. And with digital payment and smart cars having made their breakthrough, in-car payment processing will become the next financial service automotive companies hop on – Volkswagen, BMW, Porsche and Mercedes-Benz, among others, all have irons in the fire here.

And that’s just one example for an industry hot-wired to be a major banking player in the future: The retail market is also ripe with such ambitions. As early as 2005, Walmart has pushed forward with the plan to become a bank, though to no effect. It took marketplace giants such as Amazon to make advances in payment and lending – and they can base it on a worldwide web-enabled populace and infrastructure, which was still a far stretch in 2005.

But you don’t need a membership card in the E-commerce Billionaire’s Club to carve out a banking niche for yourself. The niche banking ambitions of the comparison portal Check24 stand as an example here. The German company announced it would offer fintech-related products in the future. Their competitor Verivox splashed out as well: In 2017, Verifox acquired Outbank, a banking app provider, to help them with app-based banking.

(Those new players don’t confine themselves to banking – they also increasingly push into banking the payment world – with interesting side effects.)

Niche Banks: Too Small to Fail?

More traditionally inclined niche banks face the same peril as monolithic banking houses: E-commerce and digital payments are binding a greater share of customers each year. So in order to find customers for their products, niche banks may not simply follow the old banking playbook, adapted from their bigger counterparts.

And aspiring entrepreneurs in the payment and banking field should make no mistake – running a niche bank can be an attractive option for many reasons:

It’s true that newcomers cannot cope with the network and resourcefulness of established banks. So especially in highly competitive times like ours, having a dedicated cut-out niche can be a major success factor. However, the tools to carve this concise room of opportunity out have changed with the rise of online banking. Embracing modern technology is one factor. And gathering customer and target market insights is now a necessity rather than a recommendation. The same goes for competitor analysis. The good thing is: It’s those new technologies of digital banking, mobile banking and even voice banking or IoT-based payment, where newcomers still can drive their flags in the ground.

Risking to be a little more neo can be a path for the future. If there is one place where many of your niche banking customers will hang out, it’s certainly the online sphere.

Offering banking services far from trodden paths is one of the big challenges of aspiring niche banks and neo-banks. As a fintech software provider, we can help you get the software-side of your bank on track. We support you in creating e-wallet-based payment and savings applications and improve on your core banking services.

Have a look at our full portfolio of fintech software development!