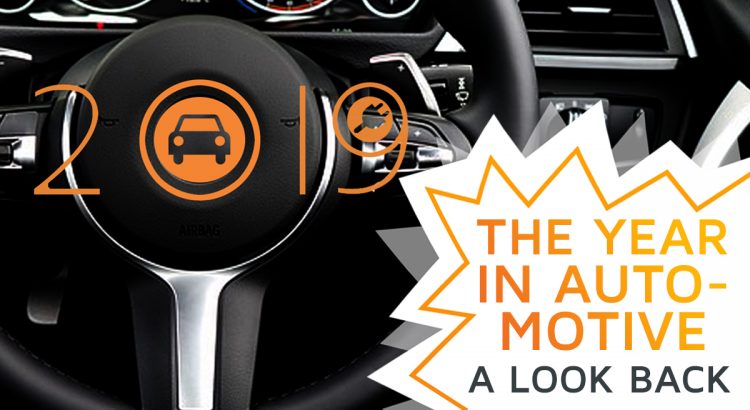 In my 2018 review, I have hinted at how PSD2 and GDPR would ring in a new, more dynamic era of fintech, filled with opportunities. And then again it didn’t. The PSD2 deadline has been expanded, as banks and other financial companies have kicked the adaption of their systems and services down the road, so to say.

In the meantime, BigTech companies like Google, Alibaba or Apple cement their market position with their own smart payment solutions.

But then again, we do have entered a new era, a new decade at least. And in the other industry I’ve pointed out in 2018’s review interesting breakthroughs are about to happen: The automotive industry is on the road to innovation. Fintechs and payment providers likewise have to put their foot down to keep the pace and cater to this new and profitable market.

So I’ll use this stretch of white pixel space to cast a look at what has been occurring in automotive technology, e-mobility, and smart cars… and at how fintech and payment fit in there – 2019 in automotive.

A Barren Run for the Car Industry

Before all else, last year has been a tough ride for the car industry. The Center for Automotive Research at the University of Duisburg-Essen has reported that car sales have decreased for the second year in succession. In 2019, around 4 million fewer cars were sold, compared to 2018. And in terms of growth, handbrakes will likely remain applied for the car industry for the next four years at least. The researchers state: the market is shrinking at the fastest rate since the financial crisis.

The reasons for this decrease in car sales are varied. But protective tendencies in the global trade presumably have a huge influence. The trade sanctions ushered in by the U.S. government – not to forget the punitive tariffs threatening the German car market – impaired growth of the automotive market. Almost a third of the measured global decline in trade can be attributed to the car industry, according to the IMF’s World Economic Outlook of 2019.

Layoffs, Resignations and a CEO in a Box

Employees of the major car producers were the first to experience these new troubles. 2019’s press was riddled with headlines about layoffs in the automotive industry.

It started early during the year, with Ford dismissing more than 13,000 of its employees. And from there the numbers kept adding up around the globe. In July Nissan cut approximately 12,500 in their home and offshore branches. General Motors announced the closure of five factories in 2020, casting 14,000 workers adrift. Added together, the car producers Daimler and Volkswagen dismissed 80 000 employees alone last year.

The disruptions did not spare the upper levels, though. In May, Mark Del Rosso, head of Audi America, stepped down. Later than, in July, BMW chief Harald Krueger did the same, followed by Hyundai Europe COO Thomas Schmid.

In the meantime, Renault-Nissan-Mitsubishi joint venture has other problems with its person in command – and the situation begins to resemble a Hollywood thriller. In January, Carlos Ghosn, ex-CEO of Renault-Nissan-Mitsubishi and board member of Renault, successfully eluded the Japanese police. After being released from investigative custody for embezzlement, Ghosn fled from Japan to the Lebanon, hidden in a case normally used for music equipment at concerts.

The crisis is not yet over for Nissan. It’s spreading itself out actually: In September, Hiroto Saikawa, Ghosn’s protégé, and designated successor also stepped down, and Hari Nada, Ghosn’s confidant was put in a position with less power. We will see what else comes to light in the coming months.

Given all of the above, it’s fair to say that the automotive industry has fallen on hard times, both regarding sales and job cuts. But looking at today’s popular debates, it’s really caught between a rock and a hard place. For as much as the economy is cooling down, the Earth is warming up.

Indeed, the fight against climate change has become one of the biggest topics in various industries – the automotive industry is no exception.

Before all else, it’s politicians calling the shots on the automotive industry. Car companies will (or already do) face stricter environmental regulations. For example, the European Commission has introduced a new policy in December 2018, demanding cars to emit 37.5% percent less  CO2 by 2030. In order to meet such a goal, car companies restructure their production chains, resulting in higher costs, lower profits, and significant innovation pressure.

Manufacturers all around the globe invest in electric engine technology to be ready when the demand for electric mobility rises. The US-company Tesla Motors is dominating the headlines currently (with the Cybertruck provoking divisive reactions when presented last year). But Elon Musk’s edgy vehicles will face increasing competition: Figures point at Renault-Nissan-Mitsubishi overtaking Tesla in terms of sales of electric vehicles in the near future. The Chinese manufacturer Geely is also popular. VW is eager to catch up, having introduced the ID.3 last year.

In Germany, 109,000 new e-vehicles were registered in 2019. Yet, getting more electric cars on the road addresses only one dimension of the problem. Another challenge will be to power those new mobility technologies. The car charging infrastructure must meet the requirements of electric car users: electricity must be clean, accessible, dependable and affordable to turn e-mobility into the new norm.

Cars not only get cleaner, but they also get smarter.

2019 showed us that car companies are eager to turn our four-wheelers into driving gateways for value-added services. The cars of tomorrow will become – now pay attention here, emoney and payment technology providers, for this is where your use cases come from – marketplaces and subscription touchpoints. Just imagine your car wallet automatically paying the fee for refueling (or recharging) at the filling station. Or settling your parking bill, calculating the sum on the basis of the exact time the car stood there.

For such use cases to become more than just elaborate imaginations, cars must communicate with their surroundings. And that’s even more important when they must not only pay automatically but drive autonomously.

And they are meant to: In 2018, the Silicon Valley enthusiastically predicted self-driving cars conquering our streets as early as 2019. It remained nothing but a very generous estimation. When Nvidia CEO Jensen Huang introduced a level 2+ system at CES 2019, all dreams of near-future level 4, hands-off-mind-off autos burst like bubbles. Vehicle-to technologies such as V2V (vehicle-to-vehicle), V2I (vehicle-to-infrastructure) and even V2X (vehicle-to-everything) are simply not fully mature yet. But it’s clear the manufacturers will put a lot of effort into these technologies in the coming years. At CES 2019, Ford Motor Co. announced for example, that all their new U.S. cars will be equipped with cellular V2X technology ex-factory by 2022.

At the higher levels of autonomous driving, allowing drivers to have their eyes and even their minds wandering as the car takes care of the rest, Waymo, Uber, and Tesla are eager to lead the field here.

Fintech and the Car of Tomorrow

It’s fair to say, we will have a long way to go (or to drive) until the car of the future comes within reach. Tomorrow’s mobility solutions will change our current notion of what private transportation in five ways. The vehicles of tomorrow will be:

It’s true that many vehicles of today are checking off some of these boxes to some extent, like:

While this is a good start, it will be crucial for producers, suppliers and service providers to develop strategies, workflows, and products that incorporate the aforementioned five dimensions of change to the fullest extent.

This is especially true for financial service providers and payment software developers like us. Any single one of the five features above opens up interesting use cases for digital money transfer and balance management. The use cases exist and present great opportunities for payment companies. They just have to take them.