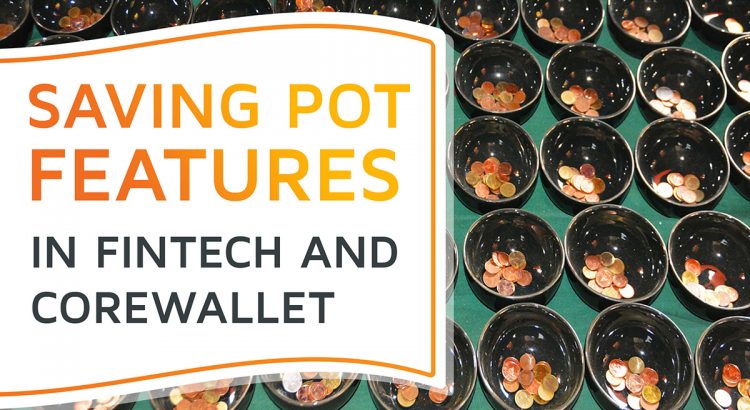 Your bed stand is the best place to store your savings.

Strange statement from a company with a background in the financial industry.

But hear us out. It’s very true. In a way. Provided of course that the bed stand in question contains a specific tool often found there. This tool will become the new focal point of saving and storing money: The smartphone.

In fintech-savvy countries like the USA, mobile devices already have a significant impact on how users access their finances. At least 63% of American users have a financial app installed on their mobile devices. German users, on the other hand, are still at odds with financial apps for the most part.

And that’s despite the fact that digital financial applications assist users in a number of ways. An especially exciting field: Apps aiding users in saving money and gaining wealth. Neobanks and fintech companies have established a whole range of solutions that transfer their user’s money into savings accounts, set rules for automatic saving and evaluate their spending behaviors. And even more innovative: Some of those apps feature money storage containers, often called pots or virtual accounts, which allow users to allocate their savings just as they prefer. Doing so, they put traditional banking houses in a tight spot.

But is it still worthwhile to save money in the first place?

Since several decades, we can observe interest rates rolling downward, with little hope for a soon turnaround. It’s only natural that many customers ask themselves whether putting their money on a bank is still the best option, especially if activity fees slowly melt savings instead of increasing them.

How eagerly people put money on the side is as much a question of financial culture, though. Germany recently hit a record high of 69 billion Euro worth of savings (which did not procure a significant jump in wealth).

On the other hand, U.S. Americans are more reluctant to savers. Up to 40% of them have less than $400 in reserves – bad news when there is an emergency. Given such situations alone, it’s important to have a few nest eggs to fall back on. Just in case.

So saving should remain an important pillar in our financial life. But it’s not an easy thing to do for most people, as it requires a specific mindset and strong dedication. With alternatives to banks popping up in the digital realm, traditional financial institutions might find themselves to be part of the problem rather than the solution. As Jon Stein put it in Betterment:

“The world creates many reasons to buy things. Meanwhile, no part of the industry solves saving. Banks and investment managers leave it to their customers to solve.”

The Case for Digital Saving Apps

Digital money-saving applications, while largely not providing additional incentives to build up reserves, make the process of saving more convenient for the user nonetheless.

Some apps are standalone products. They connect with the user’s regular banking accounts, moving money between accounts according to set rules – apps like Plum, Squirrel and savedroid belong within this category.

Other money-saving solutions are part of a wide feature set of banking services, as is the case with Monzo. These accounts might also give interest rate (although fairly low) on the money stored.

There are a number of features common in all such apps, which constitute the unique advantage they have on traditional saving processes in banks.

One of the key features of many banking and financial apps are spending statistics. Algorithms – some simple, some sophisticate – evaluate a user’s transactions, categorizing and visualizing their spending habits in tables and pie charts. This makes it easier for users to control their finances and discover categories, in which spendings can be cut, to the benefit of savings.

A unique quality of many app-based financial assistants is that they don’t simply encourage us to save money – they trick us into doing it. Putting money on the side on a regular basis is a task which challenges our discipline. We must remind ourselves to save while keeping an eye on our finances, so we don’t “over-save”. Financial apps can tackle this problem in creative ways. For example, some banking apps round up the price of every purchase and transfer the difference to a savings account. Some apps feature even more sophisticated forms of automatic saving. They might enable users to set rules, under which circumstances money wanders into the pots. For example, every time you spend a specific sum dining out, €5 move to your “Spa Weekend” saving pot.

Speaking of which: Digital saving containers, called pots in apps such as Monzo, rank among the clearest advantages of apps in comparison to offline deposit accounts. It’s beneficial to take a detailed look at them, as the integration of separate saving containers can have huge benefits for providers of financial service apps.

The Benefits of Saving Pots

Separate saving containers or pots represent singular saving goals and purposes, such as reserve funds for big-ticket items, holiday money or a digital “Swearing Jar”. The integration of such containers is more than just a feature of convenience. At a bank, all saved money is usually deposited on one coherent account. Status updates on one’s savings take the shape of checking the account balance via online banking platforms or at ATMs. Money stocked in an account, that’s all there is to it.

Savings-storing containers follow a different approach. Usually, pots have a visible funding goal and a progress bar, showing how much money has already been contributed to reaching this goal. This adds just a pinch of gamification to the somber experience of building up money reserves. And it adds focus, as clear labeling can visualize the goal of saving right on first sight. Statistics and visualization also help to track progress and bolster motivation to really put the money aside.

What’s more: Pots can work together with automated saving rules, as discussed above. That means that funds can move from one container to another, which makes smart saving decisions possible.

The abundance of digital ways to connect with other people today makes way for one final,   promise full functionality in savings applications: Shared saving pots. They are connected to several accounts and allow contributors to save towards a common goal. This makes them a worthwhile choice for families, groups of peers and even private organizations – once common banking regulations such as KYC or CTF are adhered to.

Shared saving is also one of the features which are not easy to develop, on the software side of things, as we will see right away.

In theory, anyone with access to account statement data can build a savings app. Yet, there are two ways to organize money-saving in applications. We will mostly concentrate on the second type, with the former having a number of disadvantages and does not allow shared saving pots.

Digital saving pots can either be realized as separate wallets or as subaccounts linked to one wallet. We will call those subaccounts wallet accounts here as we do in the context of CoreWallet, our emoney management software framework, which can implement both types of saving pots.

Wallet accounts have some advantages when it comes to the logical separation of funds. Savings are not transferred from one (bank) account to another one. Instead, the funds remain within one (bank) account. The money meant to be saved is booked to a separate wallet account to logically split it from the “available” balance. It still can be displayed accordingly in a UI/frontend.

However, these wallet accounts are not genuine accounts. No (real) money has been withdrawn from the main account and transferred there. This means that the “savings containers” don’t affect the balance of the actual account. There is no blocking mechanism preventing the savings from being spent or disappearing from the account once it gets cleared.

It’s just money with a different denotation attached to it. For detailed information, consult the CoreWallet Documentation.

In this variant, every savings pot exists as a new, full account, related to a user’s general account. A wallet system, connecting to the accounts via a PSD2 API, projects and regulates transactions between those accounts. It’s there, where account balances are monitored and where routines are executed – if money moves from one account to the other, it’s displayed in the wallet system as well.

Integrating a simple reconciliation logic into the wallet system also makes automatic saving possible. It allows the service providers to integrate an algorithm which processes balance statements and determines actions. The user can set rules using a frontend built upon the wallet system. For example, they order the system to “save €10 whenever I eat outside”. The wallet system would then inspect the general account statements for entries that signify eating at restaurants and puts transactions to the saving account in motion.

Setting up Saving Pots With

CoreWallet can be used as a solid software foundation for the backend of a wallet system. It is all set to integrate the functionalities a service provider requires:

The CoreWallet backend can also be adapted to dock a PSD2 API. It is then set to allow more advanced saving pot features, such as:

Processed by the CoreWallet backend, saving pots can be connected to each other to form a whole saving network. There, groups of people share saving pots, allowing them to transfer their emoney to them. CoreWallet can also act as a foundation for peer-to-peer transactions or a payment system based on saving accounts – the wallet provider manages the accounts and allows users to choose which account to debit for purchases.

(Please mind, though that such business models must be counterchecked to adhere to the effective regulations of the countries the service is available in – compliance is a key business factor. However, CoreWallet is designed to adhere to KYC and anti-fraud measures taken.)

Saving features in digital finance apps have the potential to influence our spending behavior for the better, providing new incentives and convenient ways to build up monetary reserves. Among them, digital saving pots hold great potential for innovation. By designing specific rules, locks and bolts, interacting with each other, digital saving accounts can be set up to react to our spending habits and overall financial situation.

In the end, it’s up to your business to find new lines of thought and develop specific use cases for your financial app. What you can rely on is, that CoreWallet is all set to support you with a battle-proven, yet flexible software framework.