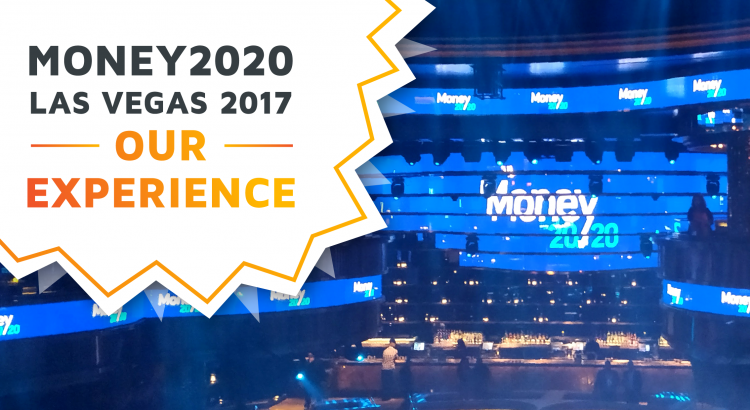 It’s been four months since we had attended the Money20/20 Europe convention in Copenhagen. It was the first time we brought balancr to the attention of an international audience. Looking back at positive experiences there, we felt ready to take a leap forward. It was a leap across the Atlantic Ocean. From October 21st to 24th, we were present at the Money20/20 US. At our own booth, we had the opportunity to introduce our product balancr to a new base of clients. In short, it has been a unique experience for us, but we won’t spare you the details, of course.

The impressions from Copenhagen still fresh in our minds, we expected the American version to unfold similarly. We deemed ourselves veterans, but Money 20/20 US didn’t fail to impress and surprise us on more than one occasion. Much of that stemmed from its unique location. Money20/20 US welcomed us in the gold-tinted halls of The Venetian in Las Vegas. The site was nothing short of spectacular, as can be expected from a hotel in the heart of the Vegas Strip. Mimicking Italian cityscapes with marble columns, small bridges and indoor canals crossed by gondolas under an artificial sky, The Venetian lives up to its name. In our view, only the climate was very unlike that at the bank of the Mediterranean Sea. While the Strip nearly 30 °C outside, the air conditioning systems yielded temperatures fluctuating between pleasant and chilly.

Aside from that, The Venetian was a convenient location for the Money 20/20 convention. Naturally, the complex was huge and not always easy to navigate — an intentional design decision for most Las Vegas establishments. Accordingly, the Money20/20 conference area was less consolidated than at the Bella Center in Copenhagen. It featured several session rooms and a large exhibition hall. A more remote area for startups stood attached, which housed our booth as well. This didn’t present much of a problem, as Money20/20 US 2017 fielded a greater contingent of guides and aides than Copenhagen. So we had no trouble finding assistance when we needed it.

The event began on Sunday, at 10:00 — impossibly early for the average Vegas dweller it seemed, given that hosts and speakers didn’t grow tired of thanking the attendees for their punctual appearance. All in all, the first day played out unstressful for us. It was utterly devoted to talks and keynotes by who-is-who of the industry.

Artificial intelligence was the most thoroughly discussed topic at Money 20/20 US. That is not surprising when looking at the recent breakthroughs in AI development. Futurist Ray Kurzweil even forecasted an acceleration of innovation cycles, enabling us to achieve a ten thousand years worth of technological progress over the course of this century.

That said, many presentations had no direct connection to fintech, but were interesting nonetheless. This actually became a problem: The session rooms were not capacious enough and quickly filled to overflowing. Steve Wozniak’s keynote on empowering mankind with technology and artificial intelligence, for example, had to be broadcasted to additional rooms via live-stream, so everyone could participate. But even if you had to herd together in a cramped conference room for Wozniak’s insights, they were well worth the bother. We learned a lot more than just which voice assistant he prefers in terms of performance (for those of you who weren’t there: It’s Alexa).

Bracing Ourselves for the Rush

Having spent a whole day in overcrowded meeting rooms, we enjoyed stretching our legs a little on the way to our hotel. And who would have guessed it’s only a 15-minute walk from Venice to Tuscany? Well, at least it is in Vegas. During the whole conference, we stayed at the Tuscany Suites Hotel, which we can very much recommend: Nice, spacious bedrooms, easy accessibility and many amenities like an exercise room, a pool, and the obligatory casino. Speaking of which: Visiting one after a long day felt like a natural decision here in Las Vegas. And it was a good decision, too. One of our team members had a lucky streak, effectively multiplying his stakes.

On day 2, we got up early to prepare our booth — and there was much to take care of. Fortunately, one element of uncertainty played out in our favor. Before departing from Germany, we had commissioned Franklin Document Services, a local print shop, to print a batch of flyers for us, within short notice. The outcome looked great and was delivered to our hotel just in time. Thanks to the good performance of the exhibition staff, registration and setup went down smoothly: No long queues, we were ready to go in no time. There was no lack of attractive services in the conference area either, from a shoeshiner to a massage parlor or even a service offering to print custom bags — perfect to carry all your brochures and freebies home.

Our booth lined up next to other smaller companies, at the edge of the Startup City — compliments to our neighbors there, qBotica Inc and . We were also glad to see two chairs waiting there for us. Such four-legged resting areas are a welcome addition to any booth seeing long hours of customer pitches. And indeed, drawing visitors required us to be on our toes the whole time, as Startup City did not see as much accidental traffic as the main exhibition, where breath-taking booth constructions and flamboyant shows could be seen. The fact that almost no one of the US market ew us turned out to be one of our biggest advantages. Potential clients explicitly sought us out to get themselves accustomed.

You would think that a busy day like this would call for an early night. But the Silver City spirit really infected us. And so, we happily accepted the invitation to the official Money20/20 US 2017 Industry Night. At the Omnia Night Club, we enjoyed the unique atmosphere and convinced ourselves of Ne-Yo’s showmanship.

For the coming two convention days, we had to deal with a slightly reduced team, as one of our co-founders, Natasha Martchouk, had to hop a plane and travel on. Our co-founders Matthias Gall and Thijs Reus kept on top of things, however. Thijs certainly didn’t shy away from a spontaneous interview with the Turkish technology platform Webrazzi, giving an overview about balancr.

Wednesday, the final day of Money20/20 US 2017, concluded at 12:00 PM for visitors. The organizers gave us an additional 2 hours to pack our things, followed by lunch. After checking out of our hotel, we finally had to say goodbye to the jewel of the Nevada desert.

Taking everything into account, our trip to Las Vegas can be put under the label “Money50/50” — among the many great experiences we had, a few detriments stuck out. Surprisingly, we found the Las Vegas conference to be a little less diverse than that of Copenhagen — but a lot more prestigious. It is a question of what you are looking for in such an event. One thing is certain though: It was a unique happening we are glad having attended. And if you want to kick-off as a fintech start-up in the USA, “Money20/20” is an absolute must.